Dora Bassi’s Neorealism exists on a philosophical rather than a political plane. What really interests the artist here are the Boy in the courtyard (Ragazzo nell’aia) barefoot and poor; the Man sitting alone (Uomo seduto da solo) in an empty and modest house; The Master of the field (Padrone del campo) who is supervising the work of the labourers and who, with his menacing presence, does not look like the personification of agrarian property, but rather of death, dominating and possessing all of us. In a similar way, Grandfather and granddaughter (Nonno e nipotina) appear to pass the baton in the shared awareness that our days are short and that “the scene of this world is moving on” (‘passa la scena di questo mondo – in Italian in the text. Translator’s note).
(from Elena Pontiggia, Dora Bassi, una ricerca instancabile. Opere dal 1950 al 2006, catalogo mostra, Cormons, 2010). [1]

[1] Where not stated otherwise, translations are ours. 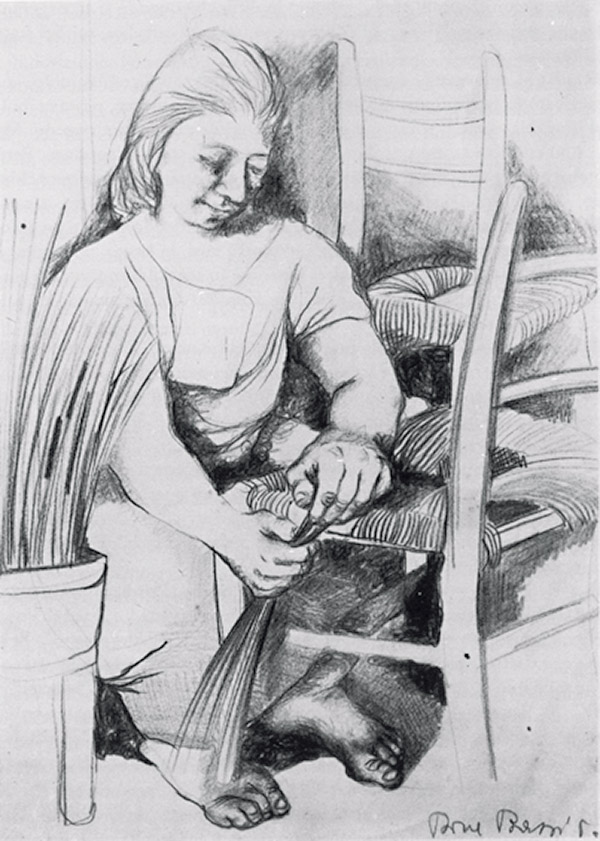 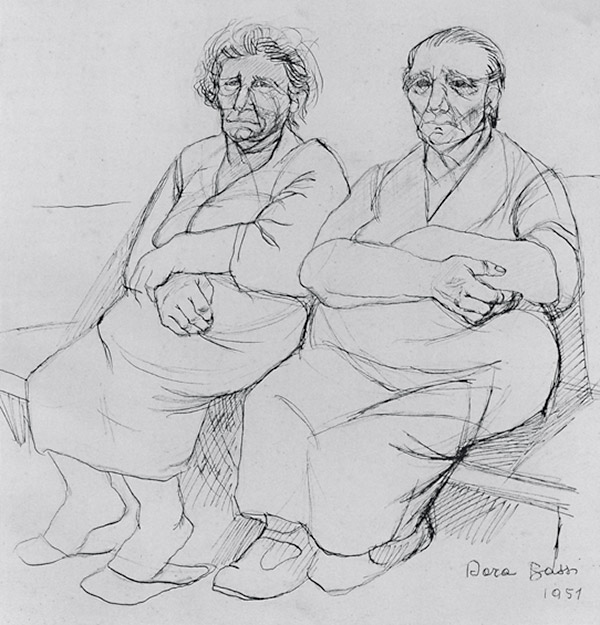 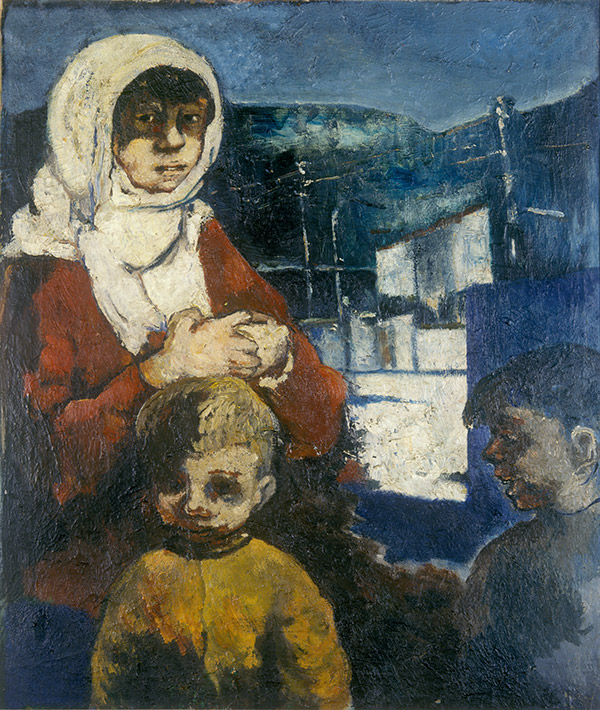 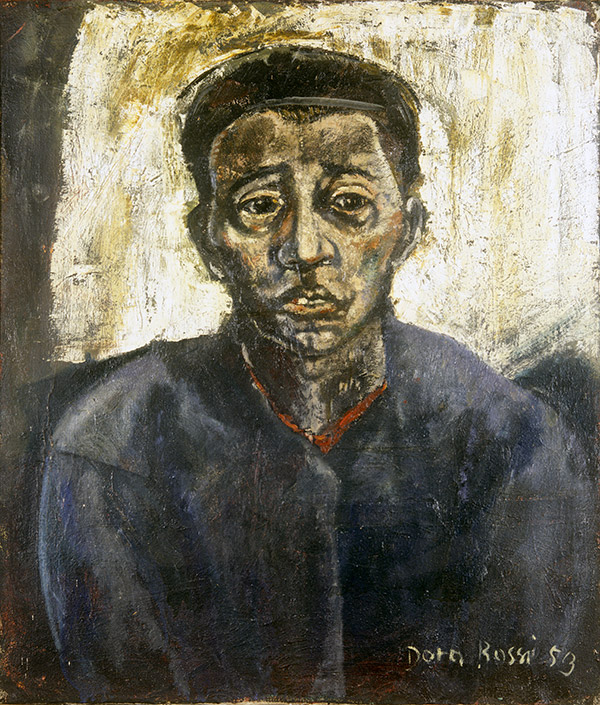 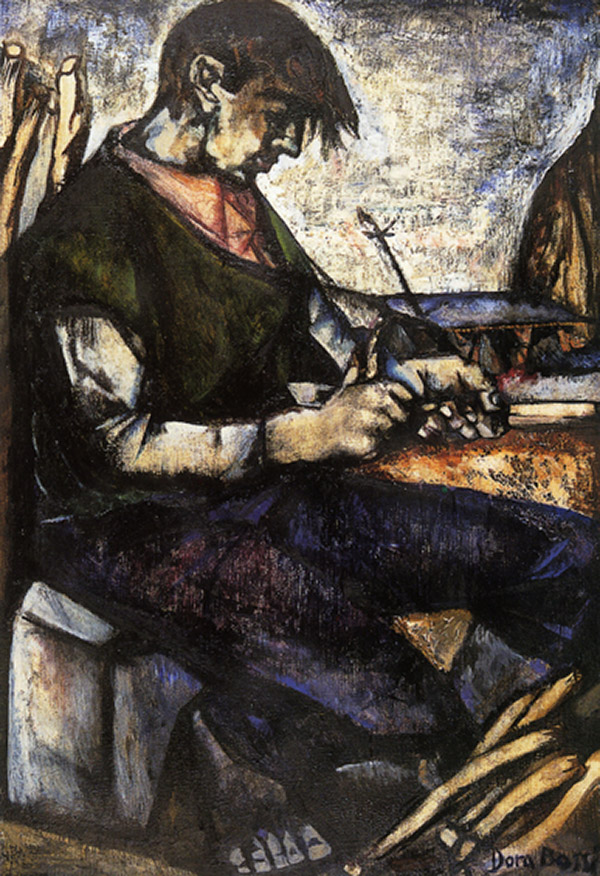 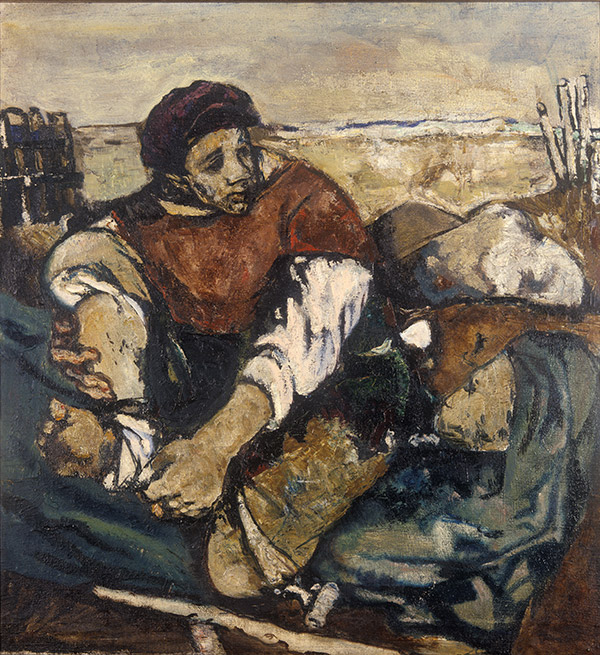 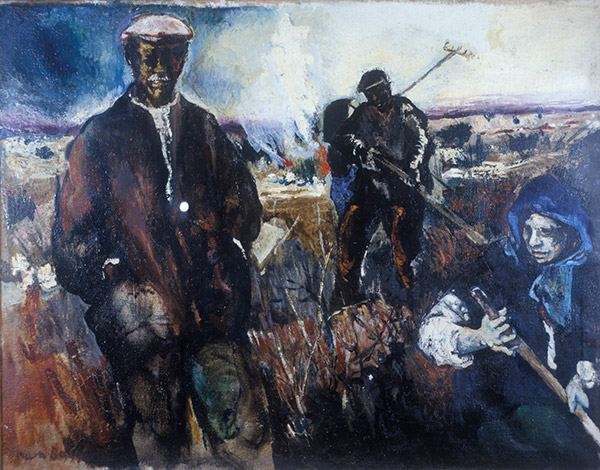 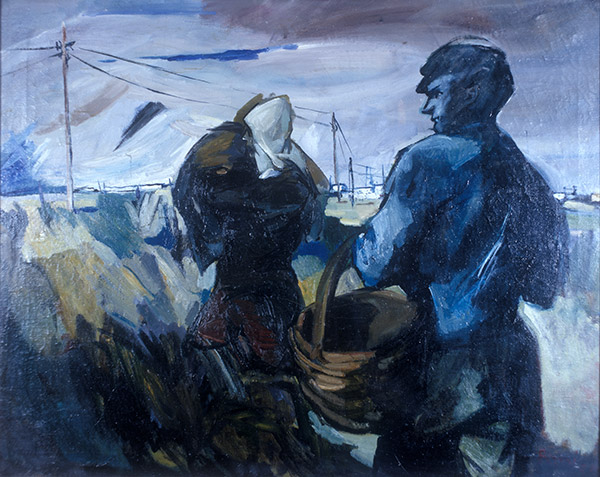 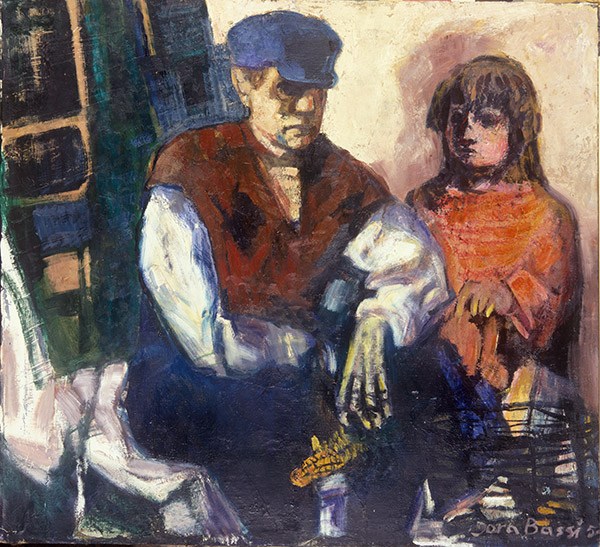 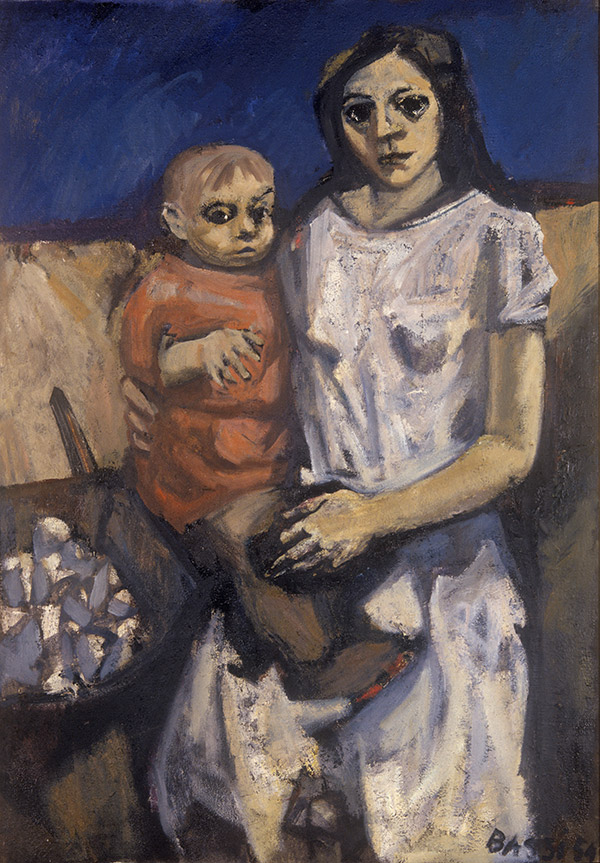